Check out his SOUNDCLOUD for more tunes by him, for example this nice juke he’s done with a Fugees sample:

I have made a new song, well, actually two since I have last updated this blog.

The latest is ‘Bond (shaken not stirred)’. 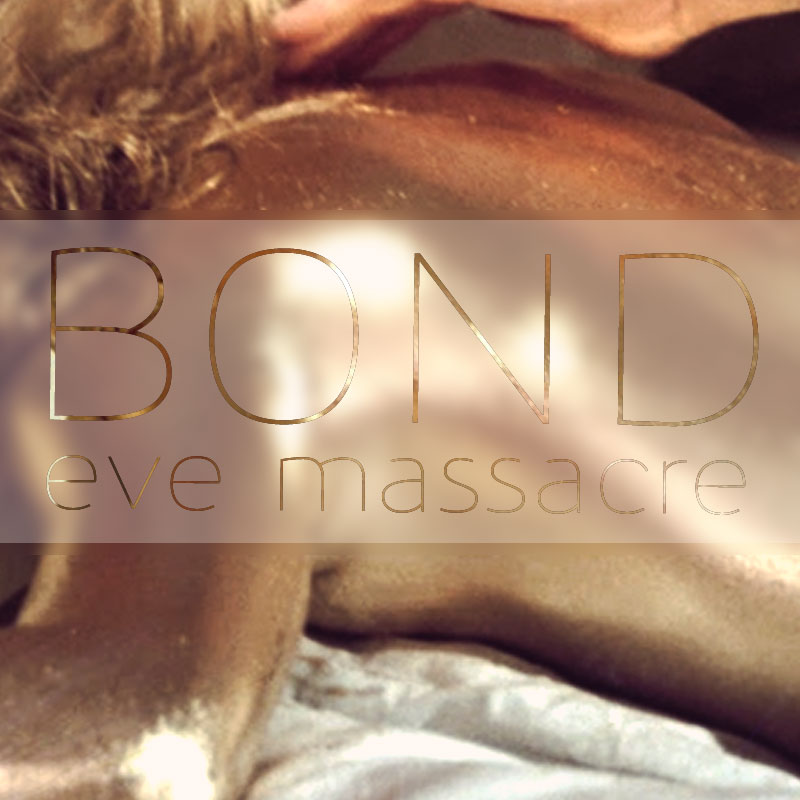 It’s subject basically is me getting turned off by too much careless and boring use of prostitution slang or sexist and homophobic language in dance music, bass music, hiphop and how people/djs even in a relatively ‘alternative’ community let it happen with a shrug.

I wish all those (mostly male) producers would spend as much time and sensitivity and creativity and edginess with the words they sample or spit as they use in finding the perfect sounds and beats. After all language shapes our reality.

My other new track was ‘Cats In The Supermarket’. 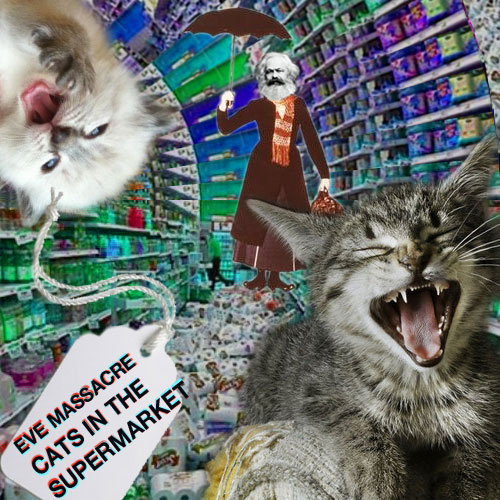 A tongue-in-cheek anticapitalist anticops song with a tiny bit of Xtina robbery.

Hope you enjoy it. I haven’t posted this:

Nor have I posted this: 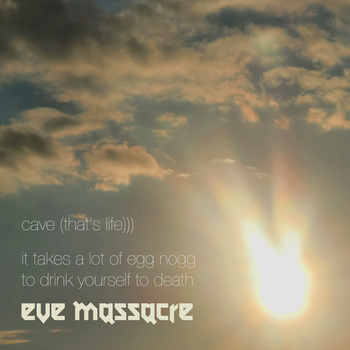 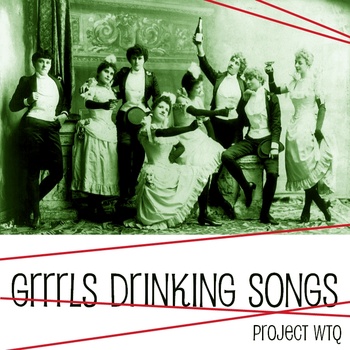 I kept getting reminded of this blog mostly for an old posting about the suicide of a friend to which people keep returning as virtual graveyard to post their memories in the comments. Leaves me with mixed feelings. Maybe it’s time to revive this blog. 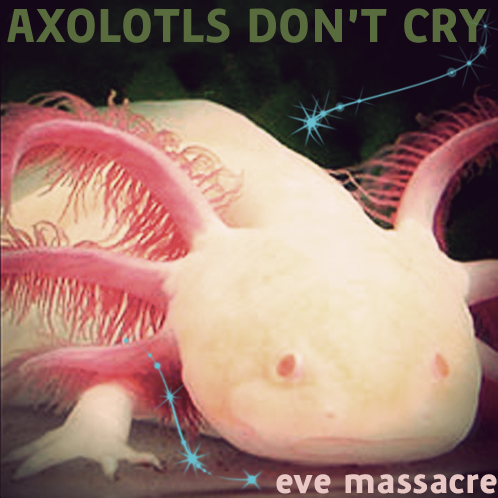 I had the pleasure of making a remix for PANDA PEOPLE who play wonderful sparkling discoid electro pop. I gave them a makeover with a little more space and bass.

You can get two new eve massacre songs as ep from bandcamp, incl. lyrics.
I’m quite happy to finally have finished these.
It’s been a while.

In other news my facebook account has been disabled cause facebook doesn’t believe ‘eve massacre’ is my real name and wants passport proof. Which I of course have instantly sent there along with my bank account details and a DNA sample. NOT.

I had never given the use of ‘eve massacre’ being a pseudonym a lot of thought because I have used it for so long that I identify with this nick. It’s not ‘just’ an artist name for me, it also has been my internet persona since early messageboard and friendster days. It seemed natural to join facebook as ‘eve massacre’ to reunite there with friends that migrated from myspace or messageboards. Half of the people wouldn’t find me under my birth name. Obviously I do not use facebook to stalk old childhood mates or distant relatives but to socially network with friends who share the same interests. Thing is, I’m not interested in getting in touch with people who are only connected to me via the same school or university or a job we once shared, which might be the people who would find me via my ‘real name’.  I rather have fb-friends from the same ‘scene’, people with whom I share the same kind of humour, ideals, taste in music, books, films, people who I go to the same shows with or discuss the same politics. A lot of these people know me as ‘eve massacre’ and wouldn’t even find me if I used my birth name. While you might think this kind of use is exactly the dataprofileconnexiunsstuff  facebook wants for their shiny pretty user data collection it suddenly doesn’t seem appropriate anymore. Meow.

Well, I guess, as long as it’s locked I will spend more time blogging and twittering again.

Just a quick note to let you know I have finally found the time to get back to working on music. I have put up two remixes I have made in the last two weeks up on soundcloud. You can also download them from there:

The first is for BLACKBIRD BLACKBIRD who had kindly sent me the stems for his song ‘Hawaii’ and it’s a sweet housey remix:
http://soundcloud.com/eve-massacre/blackbird-blackbird-hawaii-eve-massacre-remix
He’s been one of my favourite chillwave acts of 2010 and you can hear the original track here:
http://blackbirdblackbird.bandcamp.com/track/hawaii

The second remix is for YOU’RE ONLY MASSIVE from Berlin whom I played with at the last Ladyfest Munich. It’s for their song ‘Under The Neon’ and a song with ‘neon’ in its title deserved a proper electroclashfidget treatment:
http://soundcloud.com/eve-massacre/youre-only-massive-under-the-neon-eve-massacre-remix
You can hear the original here:
http://www.youreonlymassive.com/UnderTheNeon/page8.html