I have made you a poster for the last ORCHID at Zentralcafé.

Being driven out, driven underground, out of the eyes of the casual visitor, has a bitter taste for a queer night that has celebrated loud and fabulous visibility of all kinds of queers in the very heart of this city for 10 years now.

I am heartbroken to have to give up this room that is so much more than just a venue. It is a challenging, living and breathing social safe space for citizen culture. A space in which you can experiment, a place in which people have each other’s backs, help each other out to make ideas become real.

To push a collective that focusses on giving weird and critical, noisy and silly, wild and feminist, hard-rocking and tender-hearted, urban and marginalised pop culture a platform, like Musikverein im K4 does – ORCHID thanks you! -, well: To push this kind of culture out of the heart of K4 / Künstlerhaus two floors down under ground *is* nothing less but a cultural-political decision. It is a decision against our visibility and against low barrier access to our kind of culture.

In this it is an act of marginalization that is not to be excused by technical pragmatism. It is a decision that I find especially hard to forgive in times when the conservative current and the noisy far right scum have grown louder once more and would love to make us disappear from public space, if not from the face of this planet. 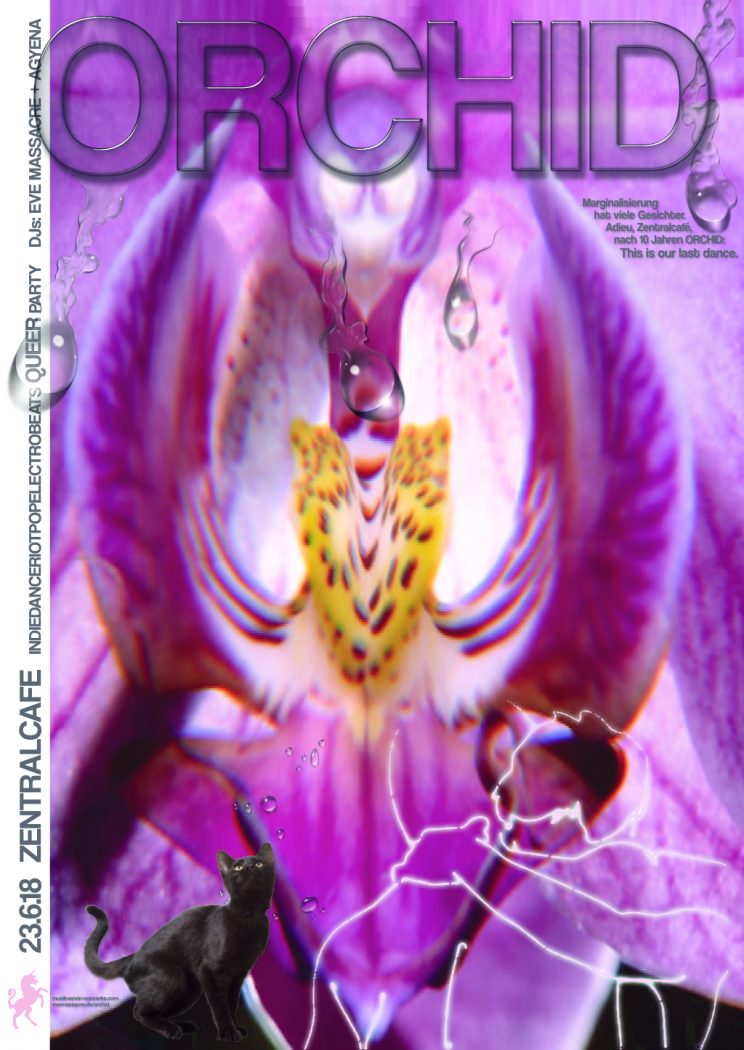 The town I live in has a few weird events in the desparate urge of making itself feel bigger. Like a cultural penis pump, if you like.

One of those events happens tonight: It’s called Blaue Nacht, blue night. I guess it’s called that because it _does_ make you kind of blue.

It is a weird mix of … erm… ‘art’ and marketing and carnival without costumes. No one knows exactly what it’s about.

But as the city has put up blue streetlights everyone goes totally FOMO & shoves through the FOMO masses.
(pic.twitter.com/X26hFRCZza)

Those who survive the shoving then ritually get as drunk as possible. Understandably so. Not only because it’s such a horribly bland event but also because ‘blue’ is a word for ‘drunk’ in german.

This is why I am staying culturally-safe at home on my sofa tonight but shudder ever so slightly whenever a picture of it shows up in my twitter stream.

Can’t complain though: I have seen Clipping., Black Cracker, The Body and Deux Boules Vanille this week and while none of it was the absolute brainmelting “wow!” I quite enjoyed having a whole week filled with bands from the more daring side of the force.

[Sorry – posting this in german as it’s about a homophobic anti-feminist Hatemongerer coming to my hometown to spread her vile messages.] Like Loading...
Just a quick one while I’m still listening through tunes to play out tonight, here, flyer by yours truly: 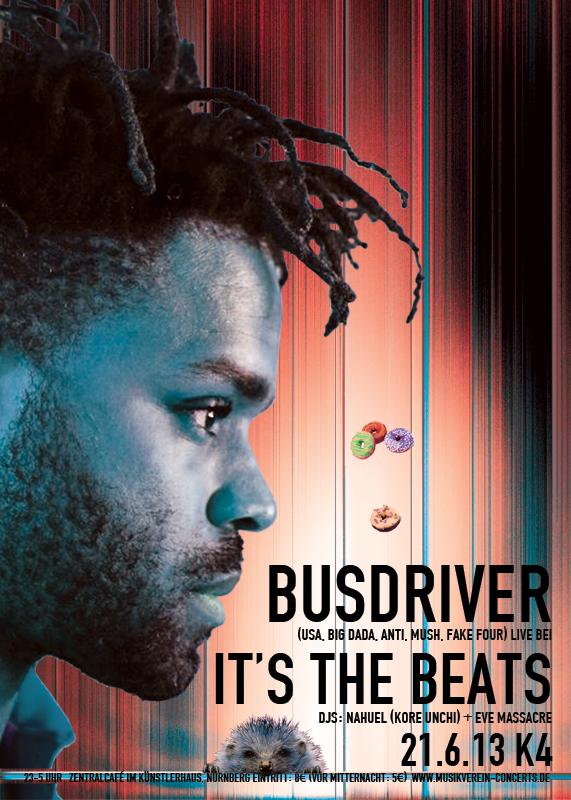 I like BUSDRIVER for being mighty entertaining yet complex, for not sticking to hiphop only but breaking down walls to other genres, for thinking outside the box, for being fan/critic as well as musician, for collaborating/networking a lot in the old school sense – he’s one of those artists with whom it’s ‘more than just the music’. More than just the sounds. Track titles like “Werner Herzog”, “Unemployed Black Astronaut” or “No Blacks, No Asians, No Jews” are rare in today’s hiphop world and as for some of his lyrics, I’d also might buy them if the were sold as books.
Also I’m really looking forward to djing with Nahuel tonight, as we share a similar nerd-meets-pop-‘ridicule is nothing to be scared of‘ approach to playing out music and because I rarely meet him outside of twitter since he lives in Vienna.
Also: You! Hope despite the crazygood weather you’ll find your post-lake/beergarden/bbq way to us and dance/chat/dance/drink/dance/smile/dance/etc.
P.S.: My short Instagram video guide: Take vid, fiddle with filters, maybe show IRL friendz, then fordogssake plz delete it. I fully agree with Matthew Ingram’s ‘Why I will never click on your Instagram video, no matter how much you want me to’. Spare us the digital noise, facebook.
P.S.P.S.: One for the grrls – no matter if female or male or whatever:
(((unartig))) has posted a whole BIKINI KILL show from 1996 at the UJZ Korn, Hannover, Germany. Thanks for sharing this gem! <3