Lately I’ve been a bit shocked by the scaremongering way the UK Home Office tries to enforce the changed Immigration Law. Maybe even more so as the UK’s multiculturalism has always been one thing I really liked a lot about the UK.

The first disgusting tweet I saw was this, mind the accompanying text “There will be no hiding place for illlegal immigrants with the new Immigration Bill”: 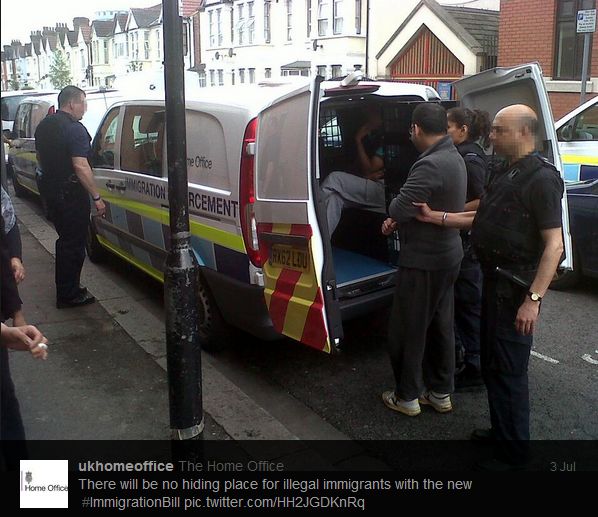 It was followed soon by a campaign that uses clearly right extremist’s language with the slogan “Go home or face arrest” and boasting with a number of recent arrests. The slogan can be seen on vans driven through the most multicultural parts of London, and there will be leaflets etc for it, too. Obviously this tasteless campaign does nothing less but fortifying a racist ‘us vs them’ line by the means of fear. 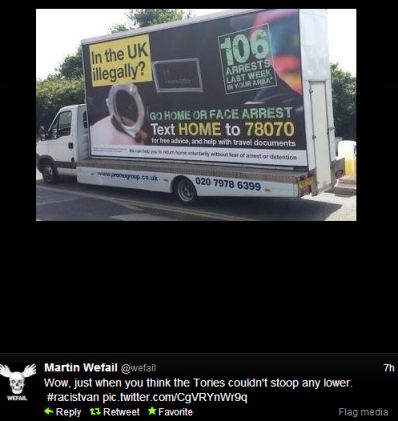 There already have been a few articles on it, for example here, here or here, and Sunny Hundal wrote a few short notes on liberalconspiracy.org. Twitter wouldn’t be twitter if there weren’t people on it reacting soon. First there was the hashtag #racistvan spread by people to unite the outcry about it, And soon this was followed by creative protest: People mock texting the number on the van and tweeting about it to encourage others to join in. Examples? 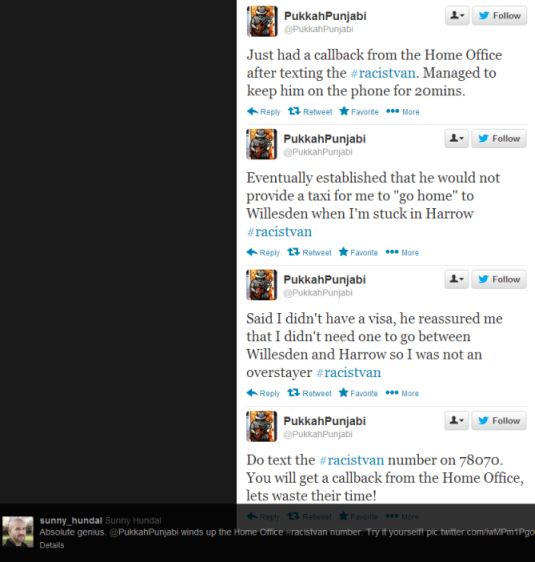 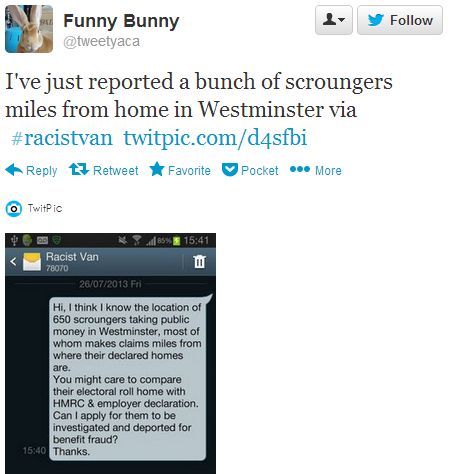 Humor sometimes is the best way to react to intimidation.