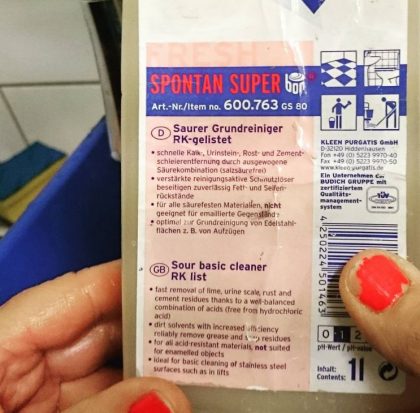 It’s been a while since I have written here – about time for an update! Somehow blogging about things has led me to giving talks about things, and this has turned out as rather time consuming. I have done quite a few talks in the last months, and plan on publishing at least parts of it on this english blog of mine, too, starting with the VR and art one. There were:

“That’s why the lady is a fan” – On the power of fangirling – female fan culture and the internet. I wrote this for the fan culture exhbition “PASSION” and held it a second time last week at Katana, at the Salon der unerfüllten Wünsche. I will hold this one again at Ladyfest Mannheim in July. I haven’t been to a Ladyfest in years but the ones I visited or organized myself were a wonderful experience, so I’m really looking forward to it.

“Reclaim The Night” – About why sexual harassment in nightlife happens as regularly as it is invisible, and what can be done about it. One to encourage people to get loud about this still far too neglected topic. It was for a night that aimed at giving the audience that comes to our (musikverein, the promoter collective I work with) shows and club nights a possibility to talk about this and join together for solutions. I will hold this talk once more at Klangtherapie Festival – a 3 days open air electronic music festival. We’ll see how that goes. 😉

Virtual Reality and Art – I tried to give an overview about what I find special about the medium, e.g. the perspective and disappearance of a narrator, and why I wish more *independent* art would (be able to) explore it. I did this one for re:publica conference and it was a great experience to be there – I filled my head with as many talks I could visit in those three days in Berlin. I had offered them another talk but was asked if I could do one about this topic instead and it definitely is one that I enjoyed wrapping some thoughts around.

Soft Resistance – an older one (a few months) about how digitalisation is interwoven in our everyday lives and about how images led and lead to digital dualist misunderstandings. I had a really wonderful time holding this one in Hamburg and Bremen for data/city/explosion – great people!

Another new date: I have the pleasure to do an ORCHID floor (my queer underground club night) at Munich’s Pride at the venerable huge townhall, and I will bring my wonderful mate DOUBLE U CC of Trouble In Paradise, an all female underground hiphop night, with me as co dj. It’s the second time I spin at Pride Munich while there’s still no connection between my local Pride and me. For reasons. Even in 2015 it still labelled itself only as “lesbian gay”, as if visibility wouldn’t be one of the cores of Pride. What about trans/inter/bi folks? “LGBT” is the minimum you should go for if you claim to represent the whole of your bloody rainbow. If Pride is just about making friends with and about fitting nicely into a society that still is quite hostile to many queers instead of making the problems of the weakest amongst us more visible, it’s just a carnival for the oppressors. If I had a lot of time I would sooooooooo like to start a little alt Pride in Nuremberg, without sponsoring, religion and conservative party politics.

The main part of my time I have – as always – spent with plotting shows and club nights with my musikverein mates and we have such great shows coming up: Astronautalis + Ceschi, Mr. Heart + Chimney, and pleaaaaase don’t miss Downtown Boys! And Tommy Genesis. And Zu! And Le1f! My next night djing will be our fabulous 80s night: Dancing With Tears In My Eyes and then Orchid end of june. For that one I have decided to offer karaoke from 22-midnight and have yet to figure out how – this should be fun, the figuring as well as the night itself! Can’t wait. A girl has no shame.

That’s it for now as an update and first step back into blogging. Now that I have reclaimed my balcony from snow and rain, and now that I have finished rewatching all of Gilmore Girls and have caught up with all of Game of Thrones, there is no holding me back! \o/
Hope that there are some readers left after this long break.