Espen Eichhöfer, a German street photographer, was sued by a woman who was the object of one of his pictures and – (spoilers!) – she won. Kind of. The discussion that surrounded the case, has been rather one-sided: “OMFG, freedom of art! The future of street photography is doomed in this country!” In news media, blogosphere and social networks hardly anyone cared about the woman’s position. As things never are that simple I got curious and started a bit of reading and got drawn in. The disputes around street photography make tensions visible that have risen with our increasingly surveilled and digitally augmented lives. While some street photographers argue that the laws for our right of publicity is dated, it could actually be them who are.

I will post some humble thoughts on a few aspects of this huge topic in a 3-4 parts series this week as it got too long for one. This is the second part. (Part 1 is here.)
(German version here. Photos by me.) 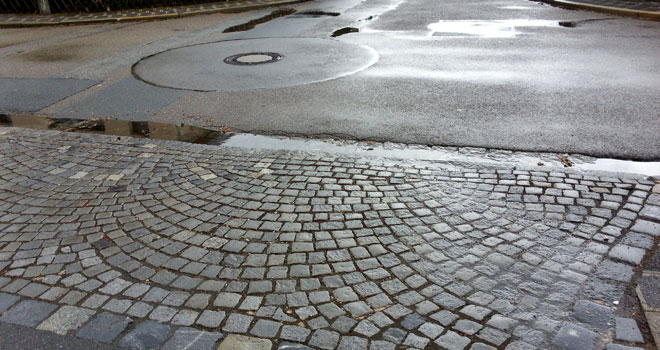 Let’s take a closer look at the verdict of the Eichhöfer case in which many German papers and blogs have seen the end of street photography dawning. The verdict says that even though the plaintiff was in a public space while the picture was taken, she obviously was in a purely private life situation (meaning: not as part of a big crowd in a public event, like a street festival, protest or sports event). It has been ruled that in this case your privacy, your right of publicity, deserves protection even if you are aware that as soon as you enter public space you potentially could be under some kind of media surveillance. (BGH v. 17.2.2009, VI ZR 75/08, juris Rn. 13) The reason the judge gives for his decision is: It would mean a considerable constriction of your right to free development of the personality if you can not move uninhibitedly in public just because of the possibility that you could get photographed without a possibility to say no. As the lines between the photo’s function as art, documentation and advertising are blurred, I think it is important to mention that the verdict does not argue this point about the picture in the gallery’s art context but because the woman was presented larger than life-sized on a poster in a big busy street to a broad public and thus got torn out of her anonymity against her will.

I understand that photographers are not happy with this decision but I actually consider it fair. The consideration “in a purely private life situation” shows respect for contextual integrity and cares for consent. It expresses that even if you opted in to this state’s terms of service by living here, you get a chance to fight back if someone abuses their freedom to potentially hurt you. To decide something like this does deserve a careful singular decision instead of the general fair game rule in favour of street photographers. That would be nothing but an “if you do not like to be photographed, simply stay at home” middle finger straight in every citizen’s face.

“Public” as in “deanonymized”

In urban space, the default setting used to be anonymity.  That was an important factor of what generations of young folks were looking for when they left rural areas for the big cities. The power to chose who gets to know us and who doesn’t. The sweet scent of freedom to explore that anonymity promises. Before social networks and smart image search engines fleeting recognizability on a street photograph wouldn’t have mattered that much. Today we no longer are a crowd but we are a lot of singular faces that can be identified by some software. Of course the more people get tracked and surveilled, the more they long for anonymity. That is why I think the verdict in the Eichhöfer case was fair: This was not about “public vs private” as in “crossing a public street vs sitting in a living room” (as the street photographer’s and their advocates want to make it look). This was about “public” as in “deanonymised”. 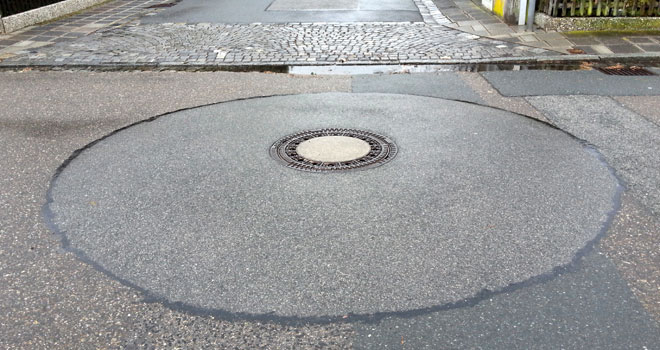 Nostalgia for the silence of the common people

The digital augmentation of our lives of course brings about a new jungle of rights and wrongs, and it is hard to appropriately readjust laws in the middle of those big changes. As Sixtus writes, in street photography it has led to a kind of legal vacuum. It has a lot to do with people finally realizing that online and offline just as private and public are deeply interwoven. If you post a picture from your bedroom on Facebook – is it private or is it public? Does it depend on who took it? Or under which privacy setting it was posted, as Facebook wants you to think? Or on the context in which it was taken? Sixtus laments, that, as laws are getting increasingly complicated, people turn to “esoterics”. I would strike “so er” from “esoterics”, buy an “h” and solve to apply the term “ethics” instead. Ethics have a “felt truth” quality and are build on a societal consense and change easier than laws. They are more fluid than laws but to belittle them as esoteric does not do them justice.

To exploit legal inclarity for a “can do, will do” behaviour and shrouding it in “freedooom!”-blurbs that would make Mel Gibson look pale, reminds me of the cyberspace wild west romance talk you hear from the old tech elite about a golden age of the internet. They seem to be similarly blind to systemic injustices and inequalities. Street photography never has been unproblematic, it’s just that now we are at a point at which its objects’ voices get heard, too. Street photographers and journalists complain about those pesky people who once were quiet audience or honored to be objects of their work. This nostalgia for their past authority, as gatekeeper and as experts who are the only ones who know how to catch the world in a picture as it “really” is, is nothing but nostalgia for the silence of the common people. If I have learned one thing from reading articles and blog posts for this piece here it is: Street photography is far more about narcissism than selfies could ever be. It is not about what you see on the photo, it is about what its purpose for one’s status is. 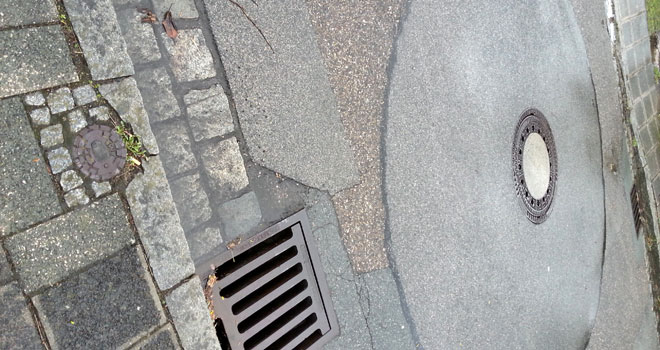 We are still at the beginning of the digital revolution, especially in Germany with all its technophobia. It doesn’t exactly help that street photographers and journalists who both make up a part of the digital elite are trying to set their status quo as new norm while there are still so many out there who don’t trust new tech (yet) because they are scared of surveillance and big data. Street photography has a lot to do with those fears and this longing for privacy but it does not like taking them serious. “Today, photography – and street photography in particular – is a contested sphere in which all our collective anxieties converge: terrorism, paedophilia, intrusion, surveillance. We insist on the right to privacy and, simultaneously, snap anything and everyone we see and everything we do – in public and in private – on mobile phones and digital cameras. In one way, then, we are all street photographers now, but we are also the most-photographed and filmed global population ever”, writes Sean O’Hagan, not getting beyond “public” and “private” as oppositions. Putting the wish for anonymity on a level with censorship, Sebastian Graalfs, Espen Eichhöfer’s lawyer, says: “It is also about the question if this society still allows a public space in which art – for example street photography – can take place. Or if this public space gets atomized into a million little spheres of privacy. That would be the unleashing of an almighty privacy-censorship that would make this kind of exhibitions and a whole genre of art impossible.” Georg Diez registers a “rising hostility towards [street photography as] art, a distorted image of the public that is garnished with distrust, and the extension of the private until it usurps even the last street corner. The city as a stage disappears in this argumentation, the idea of the street as a place of equality, visibility, every day life, social reality, the writing of history, memory, art, it disappears.”

What they seem to forget is that the city as urban public space already has lost a lot of these qualities due to surveillance, commercialization and forceful urban planning to make some city-as-a-brand vision come true. Cities are increasingly becoming standardized for global consumerism and the public space does no longer resemble the romantic picture of an open zone for social interaction and local developments. People’s distrust has risen for reasons. As the architect Selena Savić writes in an essay on defensive architecture: “contemporary urban space is becoming micro-zoned for singular use-scenarios only. … Ultimately, unpleasant design or defensive architecture doesn’t defend us from real threats: a systematic decay of privacy and anonymity in public interactions; overall surveillance and tracking; misuse of meta-data and other types of private information; structural threats to civil liberties through coupling of private interests and weak public institutions. These are the real threats to our society today.” This is the public scenario the street photographer enters today and to the changing realities of which he simply has to adapt, just like everyone else.

If at all, street photography is endangered by its democratization. More about that tomorrow.

One thought on “Street photographer’s nostalgia – part 2: Privacy in public”