“My best pictures have always been those that I have never made.”
Elliot Erwitt

Espen Eichhöfer, a German street photographer, was sued by a woman who was the object of one of his pictures and – (spoilers!) – she won. Kind of. The discussion that surrounded the case, has been rather one-sided: “OMFG, freedom of art! The future of street photography is doomed in this country!” In news media, blogosphere and social networks hardly anyone cared about the woman’s position. As things never are that simple I got curious and started a bit of reading and got drawn in. The disputes around street photography make tensions visible that have risen with our increasingly surveilled and digitally augmented lives. While some street photographers argue that the laws for our right of publicity is dated, it could actually be them who are.

I will post some humble thoughts on a few aspects of this huge topic in a 3-4 parts series this week as it got too long for one. This is the first part.
(German version here. All photos by me.) 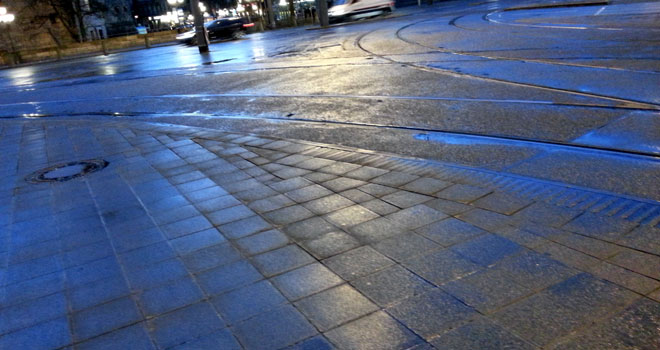 In Germany the right of publicity cares more about protection of the photographed than in a lot of other countries: Instead of a “public is public” law people have the right to decide if and in which context pictures of them get published. As Andrea Diener explains, it gets decided in individual case assessment wether the value as historic document or as piece of art outweighs a person’s right of publicity or not. In a recent blog post Günter Hack condemns this right of publicity as “nemesis of any street photographer”. To him and others it seems obsolete and inappropriate today because it is from another historic context. Sixtus writes, that this right is “from a pre-digital time, from an era in which ‘publication’ of a photo meant ‘newspaper’ or ‘magazine’, when it was the exception and not the rule. From a time in which not every person had a photographing machine with build-in publication button in their hands permanently.” This art copyright act (Kunsturhebergesetz) indeed is based on a case from back in 1889, when two paparazzi photographers bribed someone to get the chance to take pictures of the dying Reich chancellor Otto von Bismarck.

The discussion about the dos and don’ts of street photography has heated up in Germany when a few months ago a woman sued a street photographer for displaying a picture of her. A lot of newspapers and blogs have written about it, twitter had people in OMFGs. The photographer, Espen Eichhöfer, had snapped her without her knowledge and put her picture up in a gallery. The picture is said to show her as dominant part of a street scene, rushing over the street in front of a pawnshop. Eichhöfer took her picture down when she complained, but she still sued. While she did not get compensation, the judge did rule that the photographer has violated her right of publicity and has to pay the costs for the lawsuit. This caused an outcry from photographers, art and media folks who are worrying for nothing less than the freedom of art and documentation of public spaces: they fear for the future of street photography. Eichhöfer got a lot of publicity (including a VICE article written by himself) that helped him to crowdfund an appeal to the next higher authority, the Federal Constitution Court (Bundesverfassungsgericht). He wants a judgement that establishes a principle against the “criminalization” of street photography. His aim was to raise 14.000€, he has raised 18.000€.

Another case that got a heated discussion, was the “Lex Edathy”, a change of law that – in rather vague phrasing – criminalizes it to make or spread an unauthorized photo that could be used to harm the pictured person’s reputation. This of course raised complains because this phrasing could be abused to make critical photo journalism impossible. 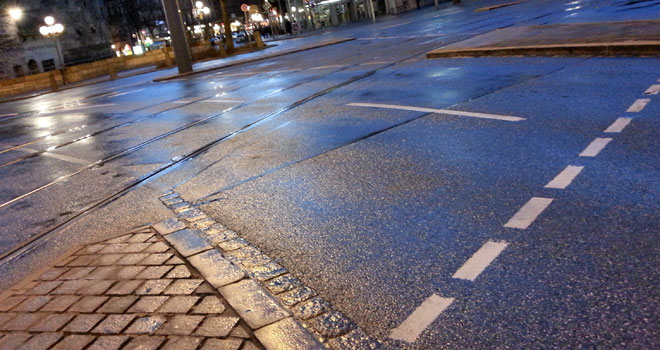 For the freedom of art

Eichhöfer sees himself in the tradition of artists like Henri Cartier-Bresson, Garry Winogrand or Robert Frank:” My photographs have been made in this tradition, they capture spontaneous everyday situations, that happen unstaged in front of the camera. A well-made street photography is a compression or intensification of life on the street, in the best case it is a document of time, a part of collective visual memory.” This kind of documentation in his eyes is far more meaningful than the depicted person’s wish, even if he says he understands that some people do not want their photo publicly displayed.

The street photographers’ sorrows are easily summed up and they pop up in many discussions in blogs all over the web. Here are some that Sixtus has written about:

For the freedom of omission

While not disagreeing with many of those points, it somehow bothered me that I only came across articles that were on the photographer’s side. The woman who had sued Eichhöfer stayed a mute object in a public discussion that had headlines like “Who owns the face of the woman in the leopard coat?” for articles that seemed to only care about the opinions of curators, street photographers and Eichhöfer’s lawyer. Things never are that simple and I got curious and started a bit of reading and got drawn into this subject. Most of these articles and even Eichhöfer’s crowdfunding pledge only speak of the version of the photograph that hung in the gallery. In Jörg Heidrich’s text though, I read that this picture was also used for the larger than life-sized poster that was used to advertise the exhibition. That led me to skim the actual verdict (available here) and it does mention another detail: The photo was also visible on the gallery’s Facebook page.
Those details got left out of most people’s pieces on this subject.

I think it matters, as it means different contexts and different nuances of publicity. In a gallery you discuss it as work of art in an art context. On a huge poster on a public street it is used in an advertising context and also deanonymizes the woman far more. With her picture ending up on a public facebook page, her face is a target of facial recognition ware. That could help finding other pictures of her and it could be used to track information about her. To paint this in proper digitally augmented world’s colours: That she was pictured in front of a pawnshop could lead to a slightly worse credit report for her. She could get trolled for wearing fur. She could hide from an abusive former husband and the picture could help him track her down. And as the saying goes: what’s uploaded to the web is there forever, so the possible future consequences can not be foreseen. Yes, I am exaggerating but then so do all those pieces that act as if the woman’s perspective doesn’t matter at all. With those possible consequences considered I would say that the right of publicity in its german version might be from pre-digital times but especially in its single case assessment approach it does not seem so inappropriate to  me. 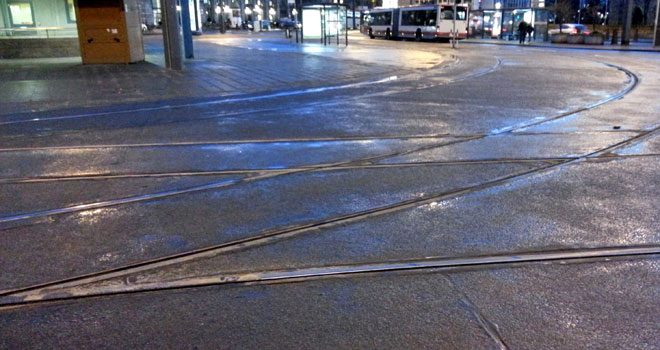 The story of the ease with which social photography has become so widespread in many parts of the world is the story of the dominance of the social groups who have least to fear from being photographed. Their voice also shapes the media discourse about it. People who reject being photographed in public are considered vain and the tone as well as the content of most german articles I have found about the Eichhöfer case shows no sympathy for the photographed woman. It’s all about the photographers: They need freedom to do what they want because they make important art and important documentation work for the sake of humanity. Meike Laaf worries about the self-censorship of those important artists without acknowledging the self-censorship that it can mean for their objects: “Dance as if no one was watching” has become “don’t leave your home if you are not okay with someone taking a picture of you that singles you out and puts you on huge public display”.

“To be a street photographer today, you need ‘obsession, dedication and balls”, the street photographer Martin Parr once said, and indeed it seems to be quite a masculine sphere if you look at the tone in which the photographed get described. Eichhöfer shames the effort of people like the woman who sued him as “hysterical”. Günter Hack calls them “self-appointed victims”, and he mocks them: “I don’t steal little souls, my dear, fragile natives, I am only interested in how the light hits animate and inanimate bodies”. As if a photographer was less self-appointed in his claim for the right to intrusion, to acquisition. As if the fear of one’s soul being stolen was not actually a good metaphor for the fear of being shamed, outed, trolled, stalked, etc. Sixtus also mocks the possible objections of his objects sarcasticly, this is one of the subtitles for a picture he uses in his text about street photography being doomed: “I guess this lady also didn’t want to be photographed. At least I think so according to her expression. In the service of art I have ignored her wish.”

Sixtus goes for the “everybody does it” argument and points to the omnipresence of digital social photography, the future omnipresence of life-logging and Google Glass. He ignores that this is not (yet) the reality of everyone around him. As it slowly becomes reality, more and more people start getting sensitive and long for new definitions of what is acceptable.